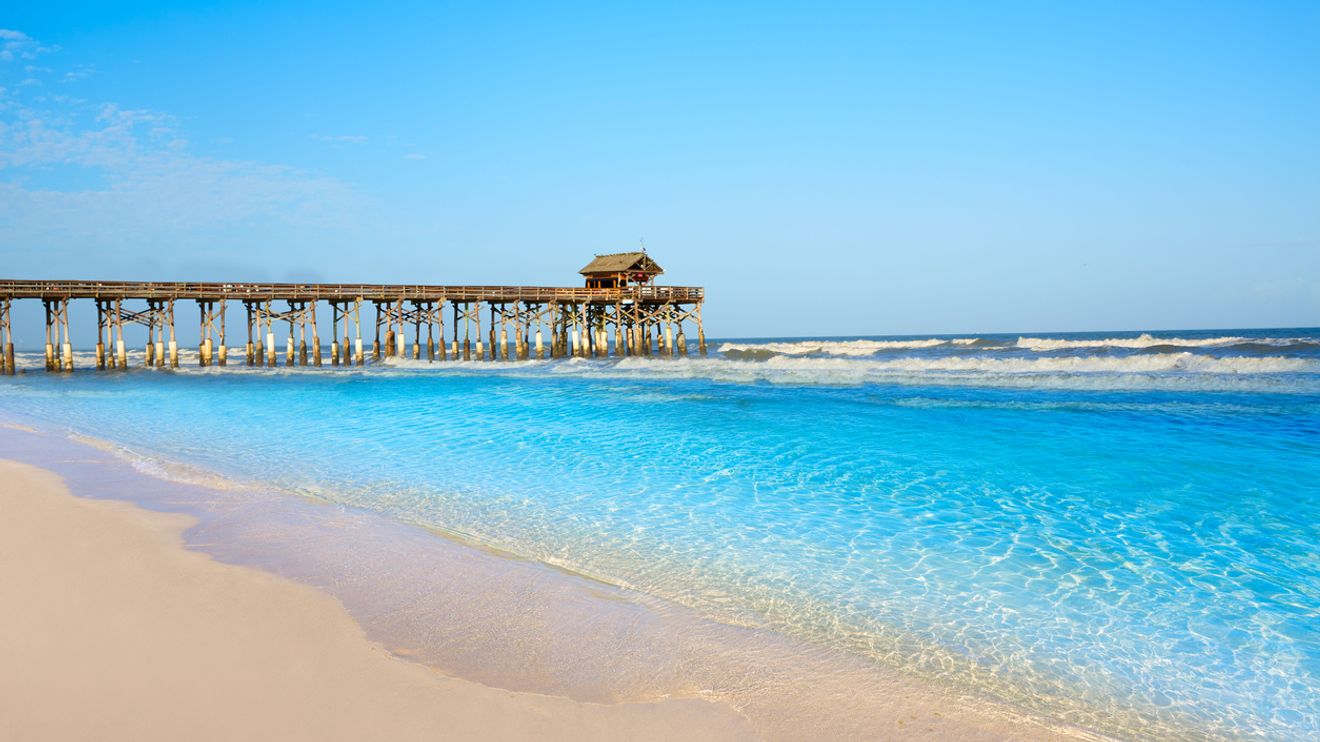 Even if you are just looking into your next door neighbor’s kitchen, you’re likely to pay in the mid-six figures for a beach property today — given that the average sale price of a home in the United States was $408,100 in the last quarter of 2021. But there are still places where you can find a beautiful oceanfront condo or apartment with ocean views for less than $300,000 (see the lowest mortgage rates you can qualify for here.)

If you want solitude: Maunaloa, Hawaii

Set high in the hills above the coastline on the West End of Molokai, the fifth- largest island in the Hawaiian archipelago, Maunaloa is a quiet, sparsely populated town. Along with long, sweeping views of green fields that dip into the deep blue Pacific Ocean, Maunaloa is home to Papohaku Beach and Kapukahehu Beach, which are renowned for their relative seclusion (as compared to more popular beaches like Waikiki). The average price of a home in Maunaloa is around $350,000, but even less money ($299,000) will buy you this one-bedroom condominium with a lanai (terrace) that looks out over the ocean. Maunaloa also boasts the Big Wind Kite Factory, which has been a staple in the community for 41 years, and some food trucks and casual restaurants, including Moloka’i Burgers and Maka’s Corner. (See the lowest mortgage rates you can qualify for here.)

Population: ~434
Cost of Living: 15.9% higher than the U.S. average
Source: Population from Census, cost of living from Sperling’s Best Places

If you love snorkeling and fishing: Galveston, Texas

Home not only to 32 miles of beaches, Galveston is also close to the Flower Garden Banks National Marine Sanctuary, which is a natural coral reef that stretches out over 160 square miles of underwater salt domes. It houses plenty of diversions, including the Pleasure Pier, an amusement park on the coast, and Moody Gardens, a complex of three glass pyramids that houses a rainforest, theaters, as well as multitudes of animals including river otters and penguins. The average price of a home in Galveston is roughly $340,000, according to Zillow, but for less than $300,000, you can live a resort-style life in a condominium that has a balcony with views of the Gulf of Mexico. The city excels at BBQ, Tex-Mex and seafood restaurants, including Koop’s BBQ Kitchen & Catering, which won has won the best BBQ in Galveston award. (See the lowest mortgage rates you can qualify for here.)

If you love walking on the beach: Lincoln City, Oregon

So wild that it seems almost prehistoric, the coastline of Lincoln City is full of soft sand beaches replete with tidal pools and ancient cliffs. Every year, 3,000 glass orbs (called “floats”) are left on the seven mile stretch of coastline by local artists with the intention that they will be found by beachcombers. The area is full of natural beauty, including the Devil’s Lake State Recreation Area, which is in the center of the city and offers campgrounds for visitors, as well as opportunities for kayaking and fishing. The average price of a home in Lincoln City is currently over $480,000, according to Zillow, but there are deals to be had, including on this one-bedroom condo with views of the ocean, as well as access to an indoor pool. The city prides itself on offering great food from the ocean, available at Barnacle Bill’s Seafood Market and Mr. Bills Smokehouse, as well as Kyllo’s Seafood & Grill. If you get bored of the outdoors, there’s the Chinook Winds Casino Resort, which offers gaming, restaurants and live entertainment.  (See the lowest mortgage rates you can qualify for here.)

An hour’s drive southeast from Orlando, Cocoa Beach, located on a barrier island between the Banana River lagoon and the Atlantic Ocean, is near Kennedy Space Center, a NASA complex that regularly launches shuttles and rockets into space. Along with offering the quintessential Florida beach experience — sandy beaches and warm ocean waters — Cocoa Beach is just minutes from Port Canaveral, a cruise, cargo and naval port where, if you’re bored, you can easily catch a cruise at a moment’s notice. The average price of a home in Cocoa Beach is roughly $480,000, according to Zillow, but you can certainly find deals on oceanfront condos. For example, this two-bedroom, two-bathroom with a private paved terrace that offers views of the dunes and the ships traversing the ocean beyond them. If dining in flip-flops is your thing, you’ll find plenty to love in Cocoa Beach’s restaurant and bar scene, which includes joints like Coconuts on the Beach and Longboards Tiki Beach Grille. (See the lowest mortgage rates you can qualify for here.)

In the pre-pandemic years, Myrtle Beach attracted over 20 million visitors each year, due to its plethora of golf courses — 86 in total — as well as its bustling boardwalk, which spans 1.2 miles of coastline. The city, which also has over 1,800 restaurants, 425 hotels, 300 retail outlets and seven live entertainment theaters, is a great place to live if you want the ocean and much, much more. The average price of a home in Myrtle Beach is $280,000, according to Zillow, and you can get condos for around this price too, like this fully furnished two-bedroom, two-bathroom condominium with a balcony that looks out directly on the beach. The city offers a wide variety of cuisines; for fine dining, expect lots of steakhouses and seafood restaurants such as the Sea Captains House and New York Prime. (See the lowest mortgage rates you can qualify for here.)