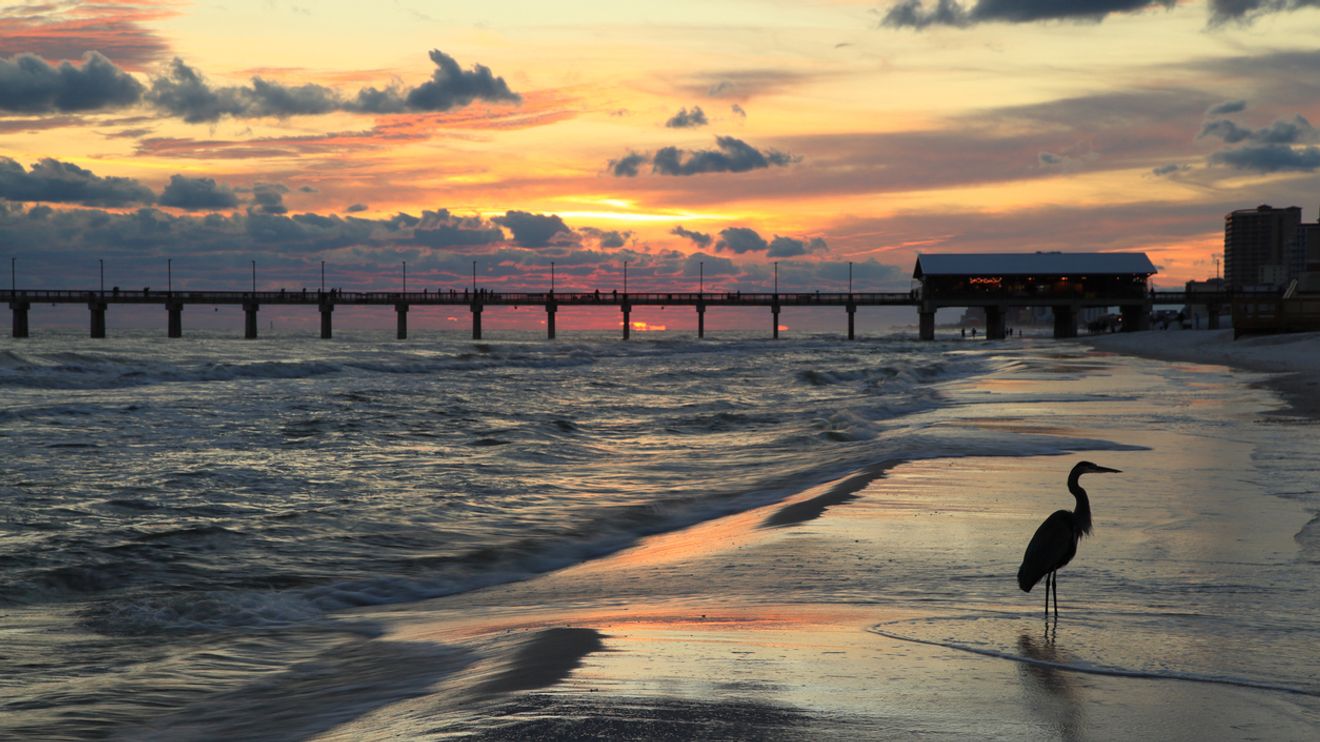 While a house on the beach could easily set you back seven figures, a condominium within walking distance to it might actually be in your budget — especially considering that, though they have risen recently, mortgage rates are still near historic lows (see the lowest mortgage rates you can qualify for here). Oceanfront condominiums, or those where you can walk to the shore or see it from your window, in these locations can still be snatched for less than $350,000. And as an added benefit, many condominium complexes offer amenities including pools and gyms.

If you want peace and quiet: Waianae, Hawaii

Located on the island of Oahu, just northwest of Honolulu, Waianae is a town with breathtaking beaches that are framed by volcanic mountains. The volcanic mountains shield the beaches from wind, leading to clear water and relatively dry conditions. The name Wai’anae means “waters of the mullet” for the fish that swim in abundance off the coastline. A single family home in the town will cost more than half a million dollars, but there are plenty of condominiums by the ocean that cost less than $350,000. For example, this one bedroom, one bathroom home with an outdoor lanai (or patio) offers direct and breathtaking views of the coastline. The town has plenty of gorgeous beaches, and hidden gems such as the Mermaid Cave, a series of coves that feature deep blue waters. In terms of food, there’s a weekly farmer’s market, the Naked Cow Dairy Farm and Creamery, and a mall that has chain restaurants. The town is also home to the Puʻuhonua O Waiʻanae, a settlement of 250 formerly unhoused people that is currently building structures for permanent habitation.

If you want lots of options for activities: Orange Beach, Alabama

There’s more than enough to keep you busy in Orange Beach, Alabama, a small city on the Gulf of Mexico with access to more than 32 miles of white sand beaches. You can spend your days golfing, parasailing, fishing, swimming with dolphins, visiting historic sites or just marveling over the fact that you live in paradise. Restaurant options are plentiful, and include Fisher’s, a restaurant helmed by a James Beard semi-finalist chef, and Voyagers, a restaurant at the Perdido Beach Resort with an award-winning wine cellar. Penthouses on the gulf sell for well over a million dollars, but it’s still possible to buy a nice one-bedroom beachfront condo in a building that has tennis courts, three pools and a concession stand for less than $350,000.

If you want both culture and nature: Vero Beach, Florida

Located on Florida’s “Treasure Coast,” which is named after a fleet of Spanish ships that was lost there in the 18th century, Vero Beach has plenty to offer both culturally and in nature. The Vero Beach Museum of Art features world-class exhibitions of modern and contemporary art. The nearby St. Sebastian River Preserve State Park features 60 miles of trails and rivers that serve as havens for manatees. Restaurants and shops are plentiful and include Citrus, which is run by an executive chef who trained with Thomas Keller. A single family home on the beach will set you back a pretty penny — think $5,950,000 for a single family home — but small condominiums and apartments with ocean views can be bought for $325,000. Like any town on the southern coastline, Vero Beach is prone to hurricanes — it has weathered 73 powerful storm since 1930.

If you want to be close to a major city: Long Beach, New York

Just over an hour by train from midtown Manhattan, Long Beach has become a haven for surfers and urban professionals alike in recent years. Badly damaged by Superstorm Sandy in 2012, the small city, located on a barrier island in the Atlantic Ocean, has rebuilt with the mutual goal of preserving the coastline and attracting exciting new businesses. A rebuilt $40 million boardwalk with shading stations and bathrooms was opened in 2013; the city is currently developing the Superblock, a 1.2 million square foot development with condominiums and restaurants. Units at the Superblock are expected to sell in the $700K to $1 million range, but it’s still possible to buy a one-bedroom condominium for $325,000. The city, which is accessible via the Long Island railroad, has good gastropubs including Brixx & Barley. Get ready for cold, gray winters, and a shorter beach season than other locations on our list.

If you want the beach with a side of urban life: San Juan, Puerto Rico

Puerto Rico is an unincorporated territory of the United States located in the Caribbean between the Dominican Republic and the U.S. Virgin Islands. San Juan, the capital, is a bustling, densely populated city full of historic 16th-century Spanish architecture, resorts, restaurants, nightclubs and art galleries. The city even has restaurants helmed by Michelin-star winning chefs such as Juan José Cuevas, who runs the kitchen at Condado’s 1919 Restaurant. Oceanfront condos vary wildly in price depending on amenities, but it’s possible to buy a remodeled studio condo in a building overlooking the beach with access to a pool and tennis courts for $350,000.