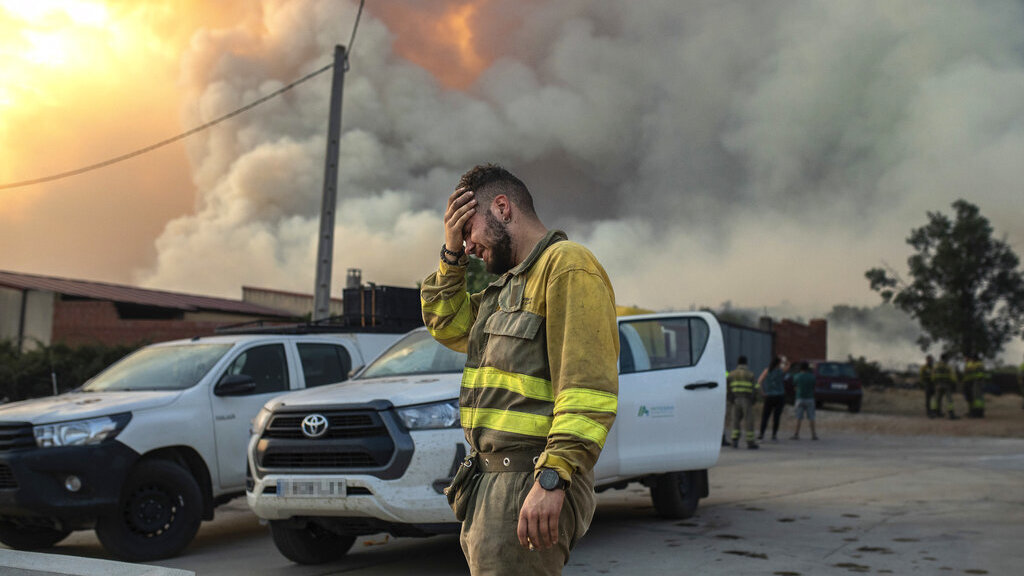 Two people were killed in the blazes in Spain that its prime minister linked to global warming, saying, “Climate change kills.”

That toll comes on top of the hundreds of heat-related deaths reported in the Iberian peninsula, as high temperatures have gripped the continent in recent days and triggered wildfires from Portugal to the Balkans. Some areas, including northern Italy, are also experiencing extended droughts. Climate change makes such life-threatening extremes less of a rarity — and heat waves have come even to places like Britain, which braced for possible record-breaking temperatures.

The hot weather in the U.K. was expected to be so severe this week that train operators warned it could warp the rails and some schools set up wading pools to help children cool off.

In France, heat records were broken and swirling hot winds complicated firefighting in the country’s southwest.

“The fire is literally exploding,” said Marc Vermeulen, the regional fire service chief who described tree trunks shattering as flames consumed them, sending burning embers into the air and further spreading the blazes.

Authorities evacuated more towns, moving another 14,900 people from areas that could find themselves in the path of the fires and choking smoke. In all, more than 31,000 people have been forced from their homes and summer vacation spots in the Gironde region since the wildfires began July 12.

Three additional planes were sent to join six others fighting the fires, scooping up seawater and making repeated runs through dense clouds of smoke, the Interior Ministry said Sunday night.

More than 200 reinforcements headed to join the 1,500 firefighters trying to contain the blazes in the Gironde, where flames neared prized vineyards and billowed smoke across the Arcachon maritime basin famed for its oysters and beaches.

Spain, meanwhile, reported a second fatality in two days in its own blazes. The body of a 69-year-old sheep farmer was found Monday in the same hilly area where a 62-year-old firefighter died a day earlier when he was trapped by flames in the northwestern Zamora province. More than 30 forest fires around Spain have forced the evacuation of thousands of people and blackened 220 square kilometers (85 square miles) of forest and scrub.

Passengers on a train through Zamora got a frightening, close look at a blaze, when their train halted in the countryside. Video of the unscheduled — and unnerving — stop showed about a dozen passengers in a railcar becoming alarmed as they looked out of the windows at the flames encroaching on both sides of the track.

“Climate change kills,” Spanish Prime Minister Pedro Sánchez said Monday during a visit to the Extremadura region, the site of three major blazes. “It kills people, it kills our ecosystems and biodiversity.”

Teresa Ribera, Spain’s minister for ecological transition, described her country as “literally under fire” as she attended talks on climate change in Berlin.

She warned of “terrifying prospects still for the days to come” — after more than 10 days of temperatures over 40 degrees Celsius (104 degrees Fahrenheit), cooling only moderately at night.

At least 748 heat-related deaths have been reported in the heat wave in Spain and neighboring Portugal, where temperatures reached 47 C (117 F) earlier this month.

The heat wave in Spain was forecast to ease on Tuesday, but the respite will be brief as temperatures rise again on Wednesday, especially in the dry western Extremadura region.

A firefighter cries Sunday near a wildfire in the Losacio area in northwestern Spain. Firefighters battled wildfires raging out of control in Spain and France as Europe wilted under an unusually extreme heat wave that authorities in Madrid blamed for hundreds of deaths.

A firefighter cries Sunday near a wildfire in the Losacio area in northwestern Spain. Firefighters battled wildfires raging out of control in Spain and France as Europe wilted under an unusually extreme heat wave that authorities in Madrid blamed for hundreds of deaths.

In Britain, officials have issued the first-ever extreme heat warning, and the weather service forecast that the record high of 38.7 C (101.7 F), set in 2019, could be shattered.

“Forty-one isn’t off the cards,” said Met Office CEO Penelope Endersby. “We’ve even got some 43s in the model, but we’re hoping it won’t be as high as that.”

France’s often-temperate Brittany region sweltered with a record 39.3 C (102.7 F) degrees in the port of Brest, surpassing a high of 35.1 C that had stood since September 2003, French weather service Meteo-France said.

Regional records in France were broken in over a dozen towns, as the weather service said Monday was “the hottest day of this heat wave.”

The Balkans region expected the worst of the heat later this week, but has already seen sporadic wildfires.

Early Monday, authorities in Slovenia said firefighters brought one fire under control. Croatia sent a water-dropping plane there to help after struggling last week with its own wildfires along the Adriatic Sea. A fire in Sibenik forced some people to evacuate their homes but was later extinguished. 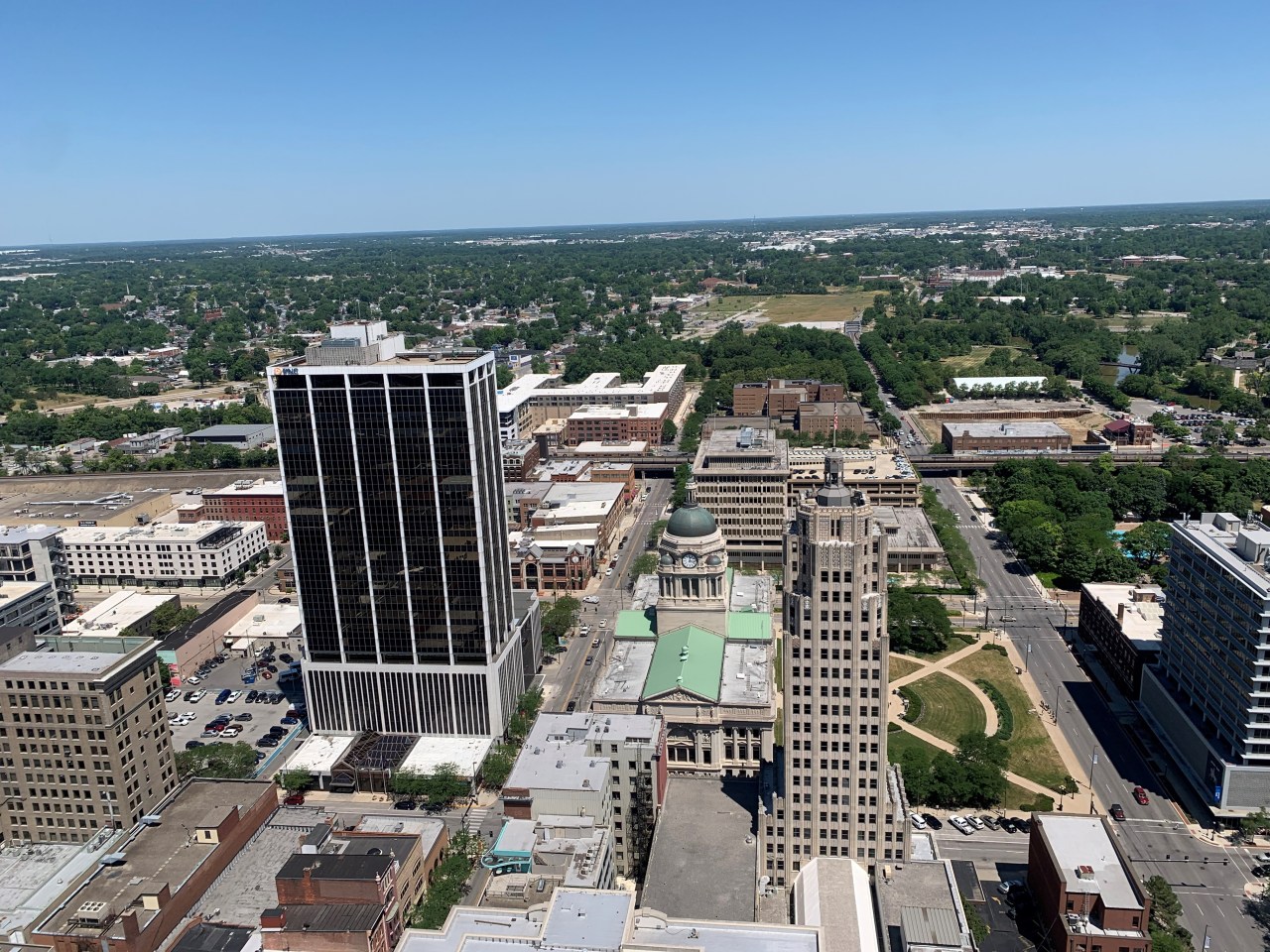