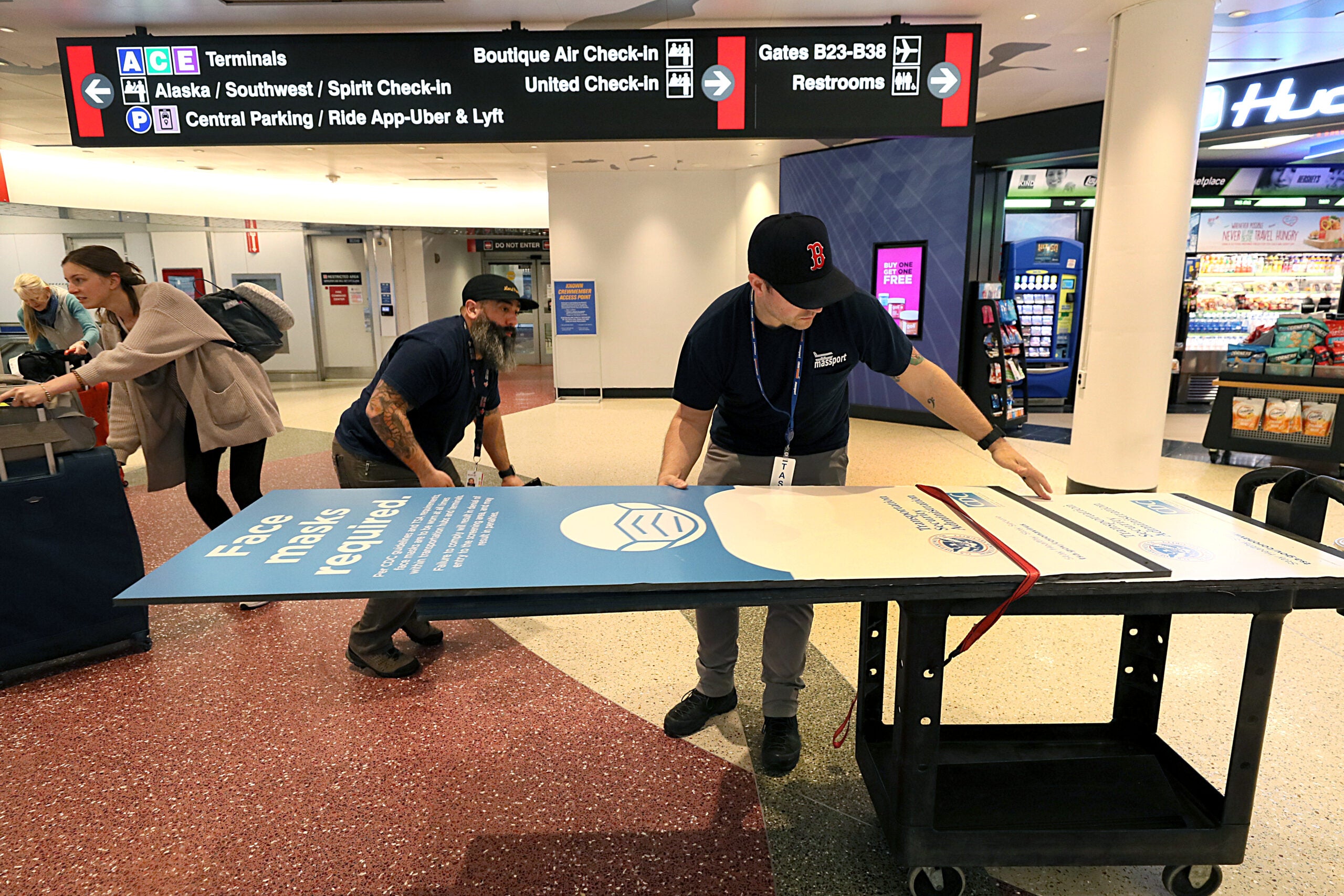 The suspension of the federal mask mandate on planes has reignited concerns about possible COVID-19 transmission during air travel. But catching COVID while in the air might not be a real cause for concern, according to one healthy building expert.

When you’re getting on and off the plane might be a different story, though, Joseph Allen explained.

Allen, an associate professor at the Harvard T.H. Chan School of Public Health who does public health research, wrote in a Washington Post opinion piece and on Twitter that the science supports relaxing masking rules on flights, as long as there are key measures in place to protect everyone’s health.

On Monday, a federal judge struck down the federal mask mandate that has been in place for airplanes and other forms of mass transportation for nearly two years. Shortly after, airlines and airports quickly began dropping mask requirements, which left some people excited and some people hesitant.

Officials said Wednesday that the Justice Department is filing an appeal seeking to overturn the judge’s order.

The ending of the mandate for travel hubs has opened the door for many conversations about the risks associated with travel and when people should mask. Interpreting COVID-19 risk has long been a complicated balancing act and the risk of spread on planes is no different, according to Allen.

One of the biggest challenges in interpreting how risky riding an airplane might be is the massive denominator involved — in other words, the sheer number of people who fly every day, Allen said on Twitter.

He said he flew earlier this week, after the mandate was lifted, and it was “blissfully boring,” like many flights that make up that large denominator.

Transmission of COVID-19 can certainly happen on airplanes, Allen said, but one-off instances of transmission can’t be applied to all flights in general.

While transmission isn’t a guarantee on any flight, other doctors and experts have raised concerns that the lifting of the mandate will lead to increased cases.

Dr. John Brownstein, an infectious disease epidemiologist and chief innovation officer at Boston Children’s, pointed to the CDC’s plan to wait longer before lifting restrictions so as to better understand the “stealth omicron” variant.

“It’s going to put a lot of people at risk. I’m especially worried about public transportation and those who rely on it. It’s just going to be amping up the potential for spread in communities,” Brownstein said on ABC News on Tuesday. “And we’re not quite done with COVID. I know we’re potentially at the end of another surge, but the last thing we want to do is create additional transmission and let this BA.2 variant fly very quickly across communities.”

Other experts, such as Michael Mina, an authority on COVID-19 testing and the chief science officer for eMed, said if the mask mandate is lifted, it is time to rely on other prevention techniques, such as rapid testing before travel.

“Make the testing free,” he wrote on Twitter. “Put the tests at the entrance of airports and train stations. Doesn’t matter which manufacturer, as long as it performs well. This doesn’t need to be an expense incurred by the individual.”

Why planes are safer

One reason for the low number of disease outbreaks attributed to airplanes is the filtration systems they use, according to Allen.

The air the cabin of a plane receives is an equal mix of bleed air, or air that comes off the engine, and recirculated air that has gone through HEPA filters.

Airplanes get more than 10 air changes per hour, wrote Allen in his opinion article. On top of the high level of air change, airplane ventilation is safer than many alternatives because of how effective it is — specifically, how air is being pumped into the cabin at high rates, but also delivered to every seat individually.

“Why does this matter? Well, consider an old building, which might have a vent in one corner of the room and exhaust on the other side,” Allen wrote. “There can be “dead zones” where the air doesn’t fully mix. This doesn’t happen on airplanes, because air is delivered to each person, at their seat.”

While this is true of the time spent actually in the air, Allen said there are other parts of the process that do pose a higher risk, such as boarding and disembarking.

“When planes are at the gate, their ventilation systems aren’t always running,” Allen wrote. “If they’re not running, there is no air coming into the cabin, and, importantly, no air running across those great HEPA filters. Combine that with high-occupant density and a small volume space, and you have a recipe for transmission.

Allen had a few steps that he thinks airlines should take to minimize risk of COVID-19 transmission. First, he recommends airlines keep ventilation running while at the gate. He also recommends airlines continue requiring masking during boarding and disembarking, two times when passengers are mixing more and are exerting themselves more, thereby emitting more respiratory particles.

“Once the systems are running, the masking rules during flight can be relaxed,” Allen wrote in the Washington Post piece prior to the mandate being overturned. “Importantly, anyone who feels this places them at high risk should get vaccinated and boosted and wear an N95 mask. This, in addition to the good ventilation and filtration, will provide excellent protection, regardless of whether others on the plane are wearing masks.”

How do you feel about the end of masking on planes and public transit?

Stay up to date on all the latest news from Boston.com