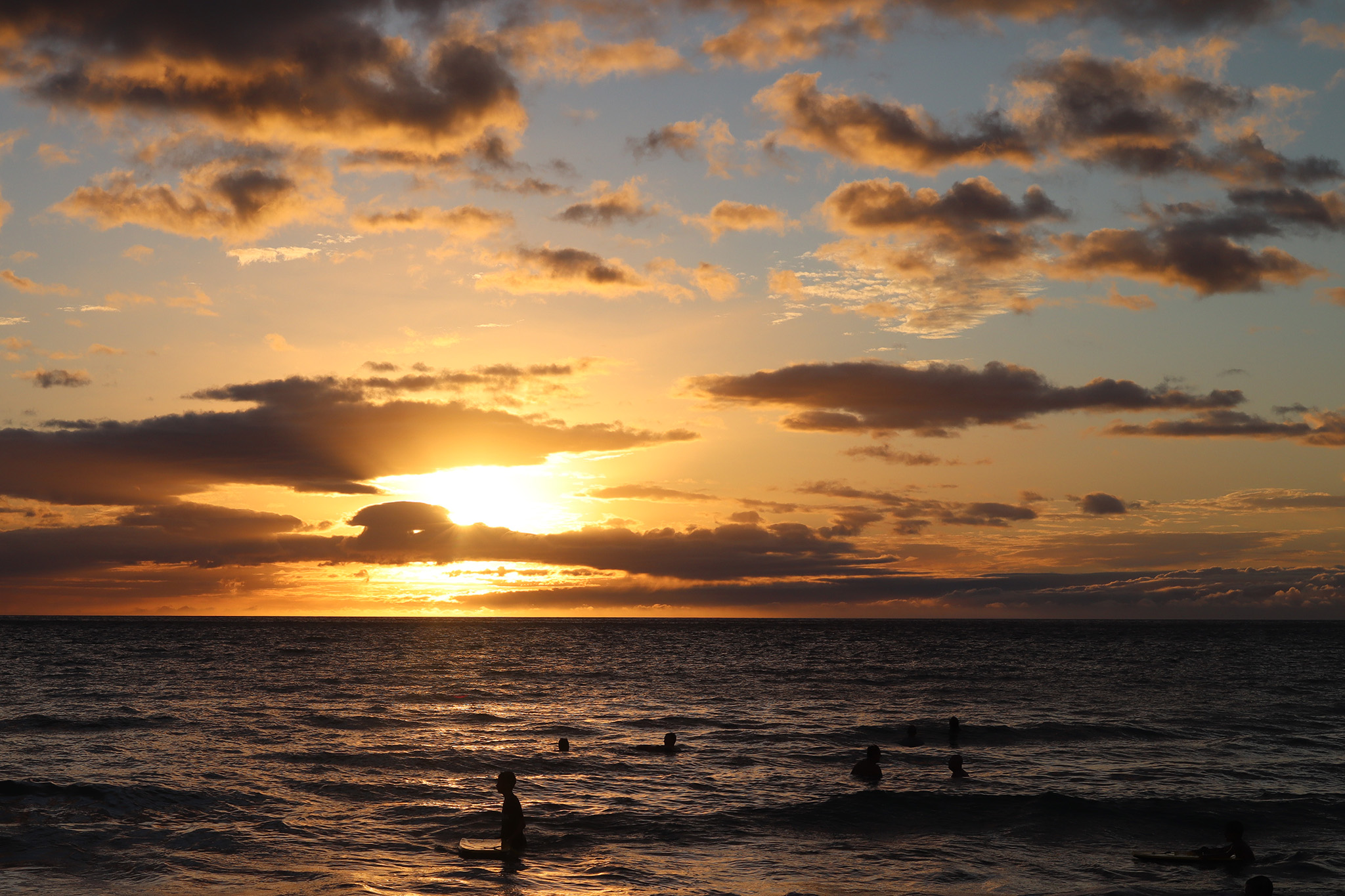 I walked through the front doors of the hotel, and I stopped dead in my tracks. Instead of the regular lobby I was expecting, I was standing on an open terrace. There were walls behind me, but in front of me was the most beautiful ocean vista I had ever seen.

I had already been on Hawaii’s Big Island for a week at that point. I’d lounged on the black sand of Punaluu Beach (before hiking up to see the active volcano nearby), seen dolphins splashing around Kahaluu Bay while I ate breakfast, been snorkeling around a coral reef filled with tropical fish. In short, I’d seen some truly breathtaking things. So the fact that I could call this one the most beautiful, well, it’s saying something.

But really, I shouldn’t have been surprised. I had just arrived at Hapuna Beach, which currently holds the title of “America’s Best Beach,” according to the person who is probably most qualified to judge these things.

Dr. Beach, also known as Dr. Stephen P. Leatherman, is director of the Laboratory for Coastal Research at Florida International University and has been studying beach erosion around the world for decades. “But I also find myself helping to locate the best sandy beach for a solar-powered car race,” he says on his website, as well as “dropping dye packets out of a helicopter so TV producers can film a killer rip current in action, deciphering 200 years of channel changes from old maps to find Revolutionary War artifacts, and helping billionaires select island properties to purchase or decide where best to build their mansion near the shore.”

In short, he spends his life at beaches as an actual job, and he knows a thing or two about them. But I didn’t know or care about any of that as I checked into my hotel room. I went upstairs, dropped my bags as quickly as I could, changed into my bathing suit and raced downstairs to catch the last hour of sunlight.

(And I definitely stopped to get a mai tai from the pool bar on the way.)

As soon as I stepped foot onto the sand, I knew I was somewhere unusual. It was so fine, so soft, so — and this is not a word I associate with sand — silky. Instead of parking myself on a lounge chair, I dropped my beach bag onto the cushion and just walked back and forth in the sun-baked sand, taking in the warm ocean breezes, the salty spray and, obviously, the rum drink in my hand.

“It’s like an oasis,” Leatherman told the Associated Press when he released this current list, his 30th annual. On Hapuna Beach, he said, the sand “looks super white there because of the black lava beside it. I think the contrast makes you think, ‘Oh my gosh, I’ve never seen sand so white in my life.’”

The lava also has another function. There’s an outcropping of lava rocks that juts out into the middle of the beach. While you’re entering the beach from the hotel attached to it, it feels like you’re stepping onto a private, resort-only beach — when in reality, it’s public, open to everyone, and totally free to access.

This is a carousel. Use Next and Previous buttons to navigate

I watched that sunset and grudgingly went back inside to change for dinner and the next day did an experiment when I headed back down to the beach. On one side, schmancy. The hotel — which, don’t misunderstand me, is expensive — sets out lounge chairs and umbrellas and has servers on the beach. The other side is a mismatched array of blankets, chairs, umbrellas, beach toys and boogie boards that people have brought in as visitors to Hapuna Beach State Park.

Dr. Beach uses 50 metrics to decide which beaches make his top 10 every year, including air/water temperature, average number of sunny days, size and quantity of breaking waves, rip currents and the slope of the beach under the water. Me, I was just appreciating what I could experience: the baking sun, the pristine (I mean totally empty of any debris) sand, the gentle waves, the water so piercingly blue that it made my heart ache with its sheer beauty.

I’ve already cashed in a bunch of points so that I can go back to that hotel again — but I love that, barring however much it costs you to get to the Big Island, you can have that experience completely for free. Just pack a beach bag, put on some reef-safe sunscreen, and go.

Hapuna Beach is on the Kohala Coast of the Big Island. The beach is open 7 a.m. to 8 p.m. daily.