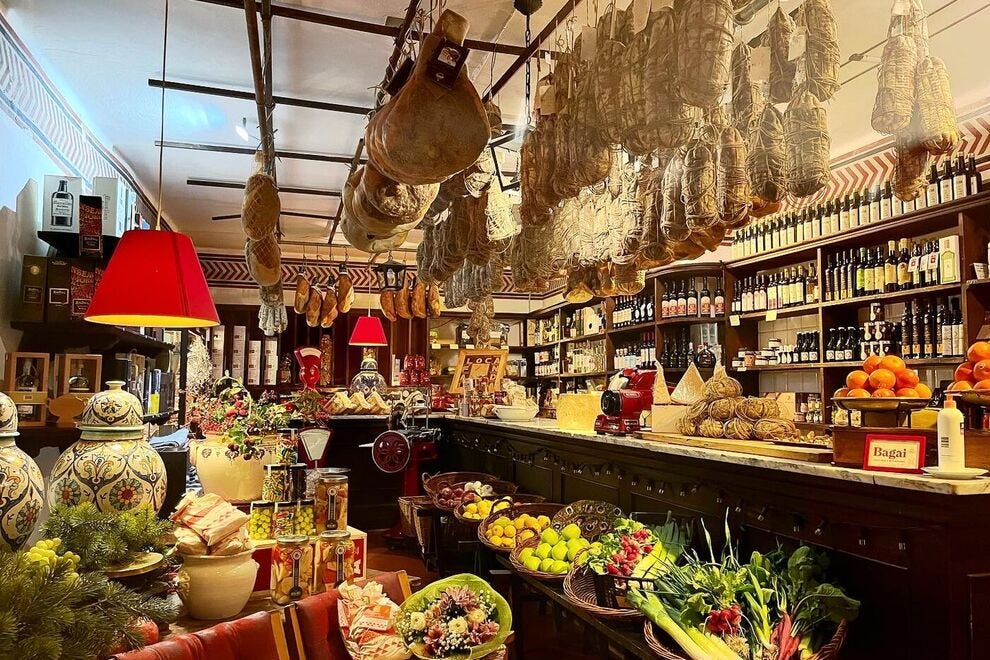 The conversation about traveling to Italy often revolves around a few major cities and popular destinations, like Tuscany and Cinque Terre. For food-obsessed travelers, though, Northern Italy’s Emilia-Romagna region should be at the top of the list.

This is where some of the most beloved foods in the world come from: Prosciutto di Parma, Parmigiano-Reggiano, traditional balsamic vinegar, lambrusco wines, tortellini and dozens of other signature foods. All in all, 44 of Emilia-Romanga’s products have earned protected status, which means that the products have been made in their original locations, using strict guidelines and controls.

A road trip through this verdant region takes travelers on a food-centric agrotourism journey that’s as much about eating as it is learning about these celebrated foods and dishes from the people who have been making them for generations. In between meals, Emilia-Romagna also offers fascinating history, architecture and culture.

You’ll follow the Via Emilia, a 2,000-year-old Roman road that runs nearly coast-to-coast for 165 miles from Piacenza in the west to Rimini on the Adriatic coast.

Delicacies from the region are on display at Castello di Rivalta in Piacenza, the start of the Via Emilia. Castello di Rivalta features a 14th-century castle, historic accommodations and an on-site restaurant, Locanda del Falco, serving local specialties. 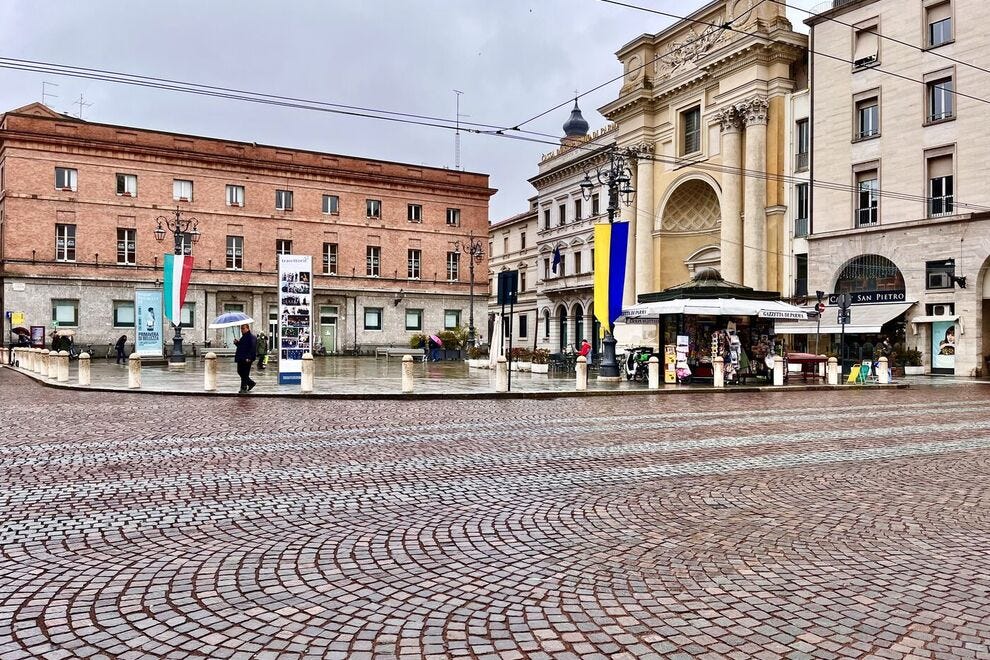 Via Emilia in Parma

The Via Emilia, or the Emilian Way, was built 2,200 years ago by the ancient Romans as a defensive tactic. From Piacenza to Rimini, they built towns every 25-30 miles to shore up their control of the region. Today, the Via Emilia still runs through the center of each town in Emilia-Romagna. Pictured here is the Via Emilia in Piazza Garibaldi in Parma, which has been recently named Italian Capital of Culture and Creative City for Food and Wine. 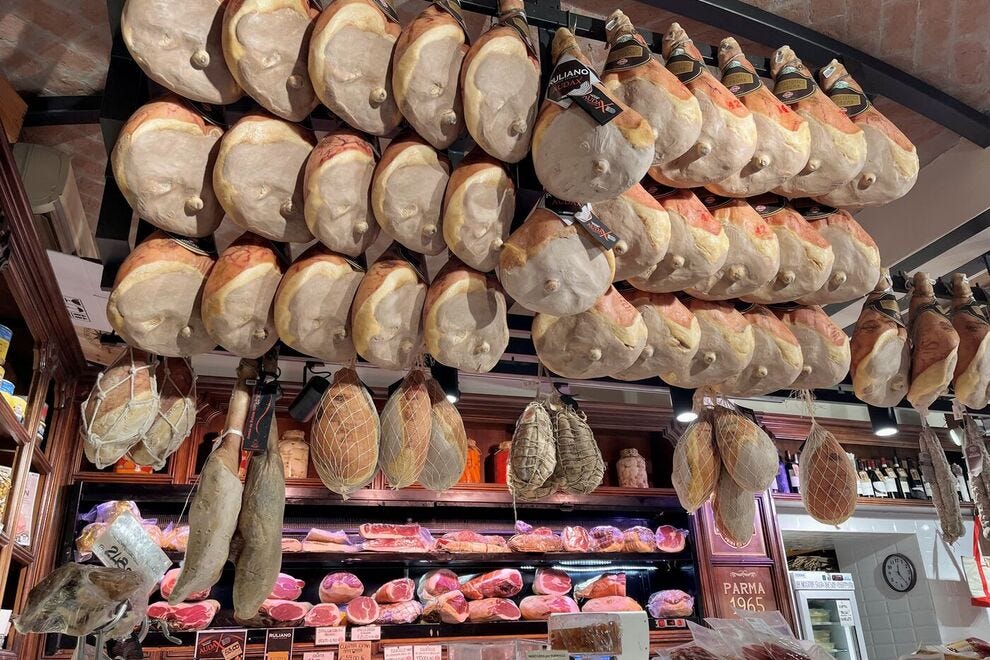 Prosciutto di Parma, the region’s iconic cured ham legs, hang from the ceilings in Parma’s shops. The pigs raised to become Prosciutto di Parma are carefully monitored for genetics, age and diet – some of their feed comes from leftover whey in the Parmigiano-Reggiano cheese-making process. Sweet salt from the coastal city of Cervia’s ancient deposits has been used to cure and preserve ham for centuries. 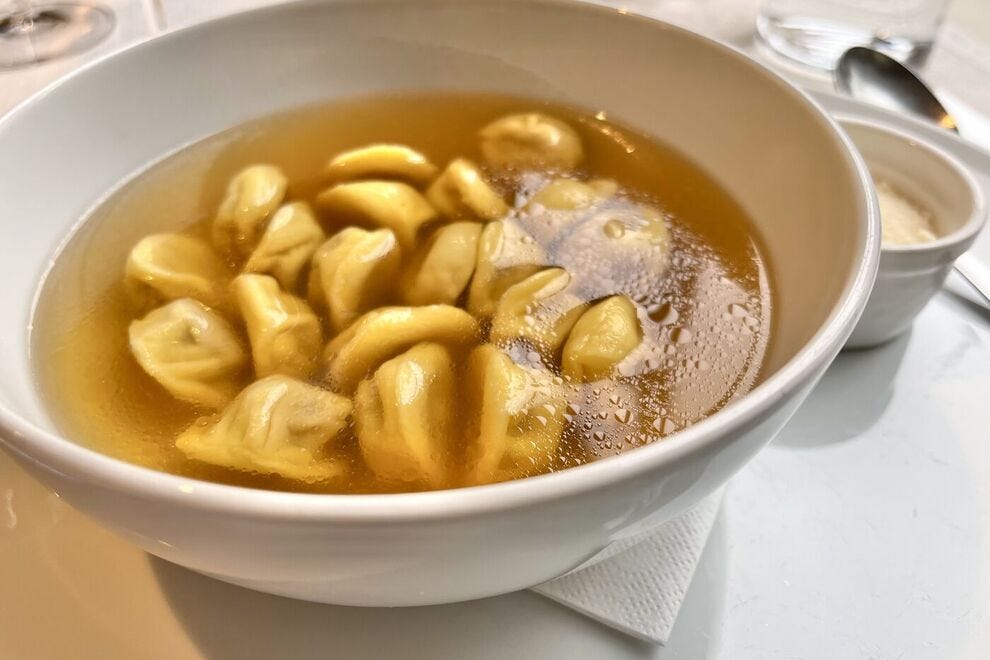 Try Anolini in brodo at Restaurant Angiol D’Or in Parma. Emilia-Romagna is known for its filled pasta served in broth, including tortellini in brodo and anolini in brodo. Anolini is a traditional meat-filled egg pasta. Don’t forget to add a generous sprinkle of Parmigiano-Reggiano. 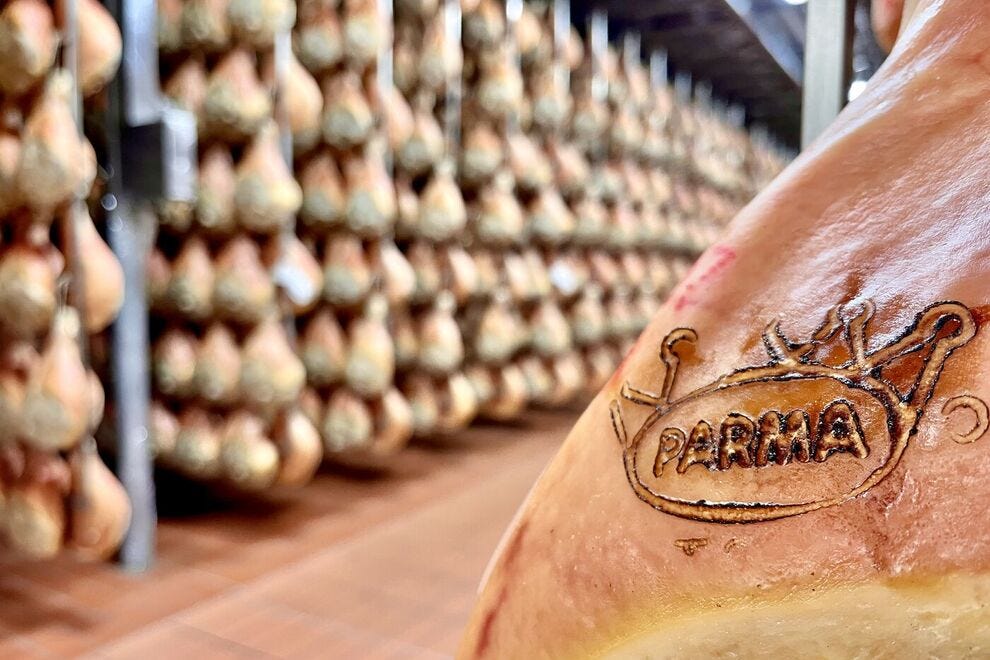 At the production facility of one of the top exporters of Prosciutto di Parma to the U.S., Fratelli Galloni, 65,000 of the prized ham legs age for up to 30 months. As co-owner Mirella Galloni put it: “Prosciutto equals pork + salt + time.”

This family-run operation hand-salts each leg and lets it age naturally for 17-30 months, without forced heat or cooling, but with open windows that expose the ham to the region’s sea breezes and mild temperatures. The natural yeast in the region’s air flavors the ham during the curing process.

Production facilities are often not open to the public, but it’s possible when booking through a tour company, such as Food Valley Travel. 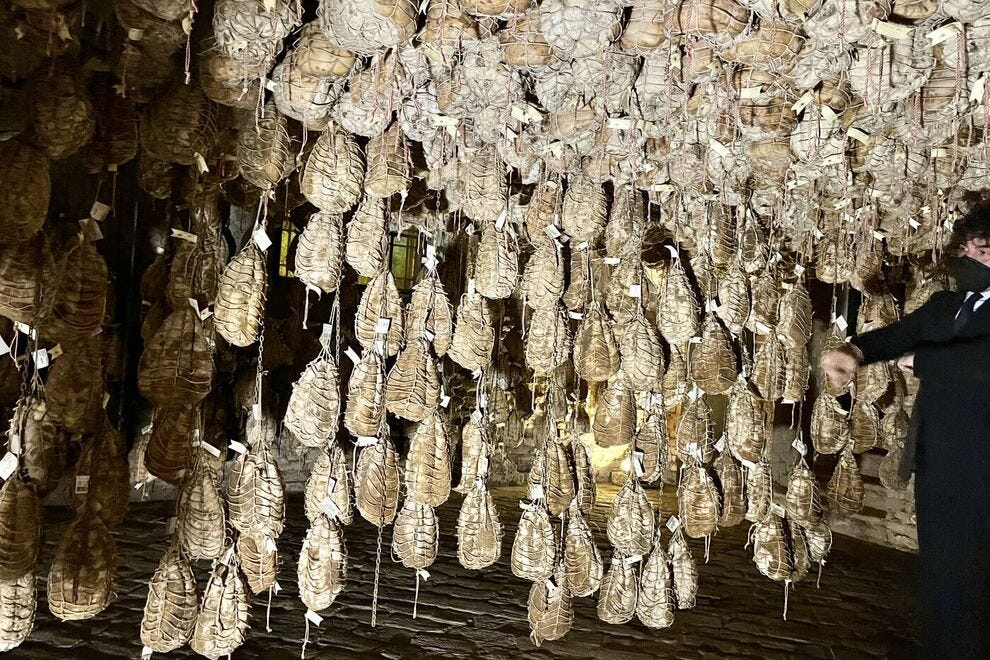 At Antica Corte Pallavicina, 5,000 Culatello di Zibello hang in 14th-century cellars, underneath an elegant farm hotel and Michelin-starred restaurant. Destined for some of the world’s top kitchens and royal palaces, this center cut from the hindquarters of local black pigs gets washed in wine and garlic before being aged for years in a twine-wrapped bladder that ends up coated in a naturally occurring mold.

It’s a tender, rich and sought-after delicacy of the region – and one charcuterie product that the U.S. government doesn’t allow through its borders. 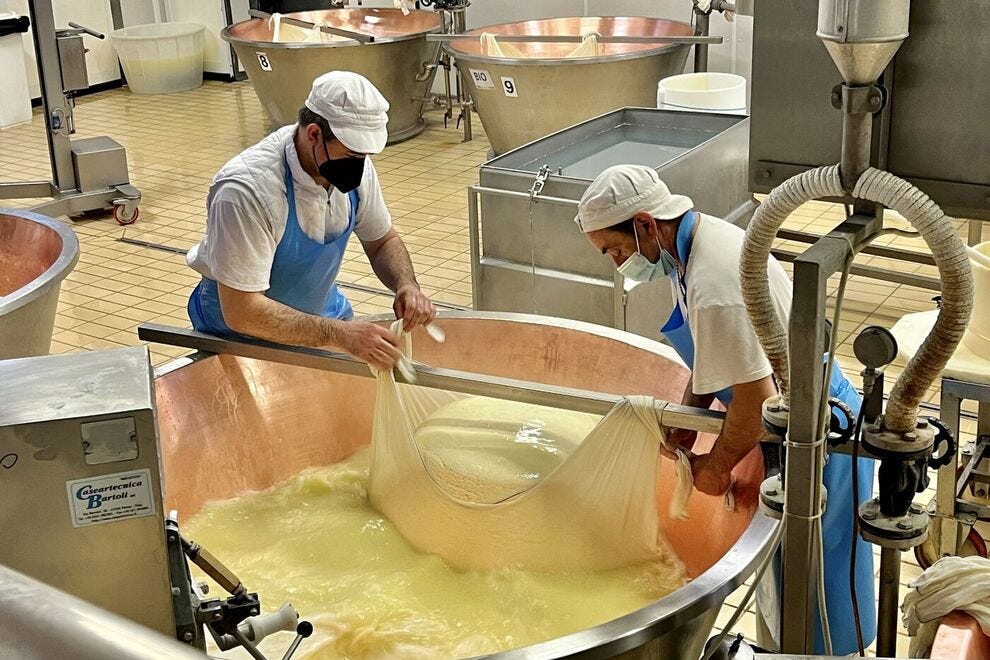 Parmigiano-Reggiano cheese is made seven days a week, 365 days a year. The process begins each evening when local farmers begin milking their rare red cows, which eat a rich diet of green grass, hay, cereals and foraged flowers and fungi in centuries-old pastures.

By 6 a.m., Consorzio Vacche Rosse’s cheese-making process is in full swing. Using two-meter deep copper cauldrons that hold 1,000 liters at a time, workers combine the rich milk from the special cows, calf rennet, and fermented whey from the previous day, and begin a process of heating, cooling, and separating – you guessed it – the curd from the whey. The whey becomes ricotta cheese and the curd becomes Reggio Emilia’s prized Parmigiano Reggiano. 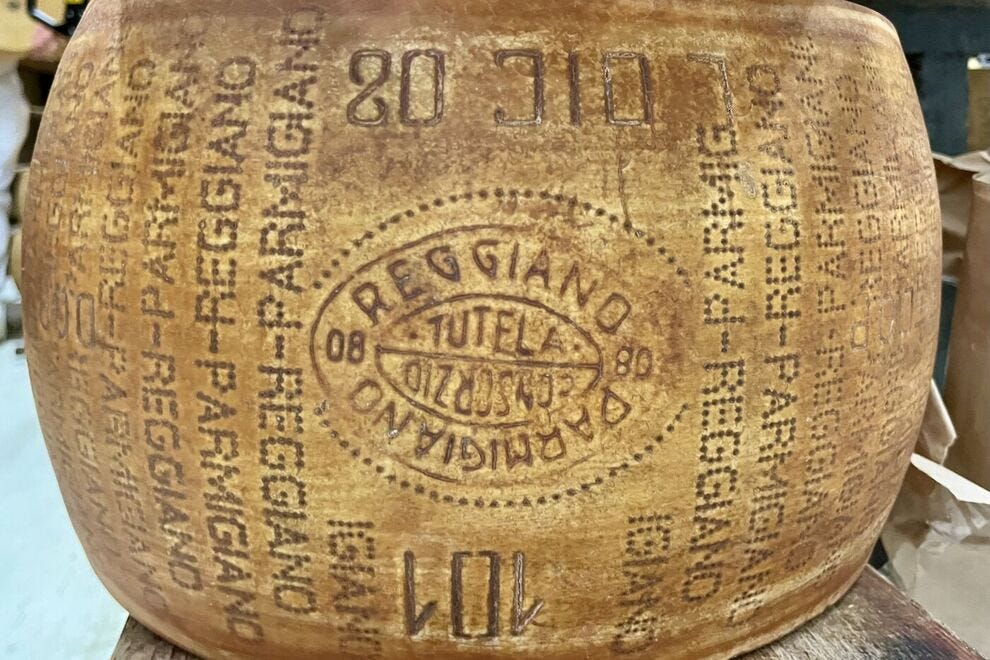 Consorzio Vacche Rosse makes about 25 wheels of Parmigiano-Reggiano cheese daily, and then starts a long aging process. A 22-day brine bath introduces salt for seasoning and a warm room dries the wheel before it’s stacked in an aging room for 24 to 72 months. These wheels can wholesale at around €8,000. 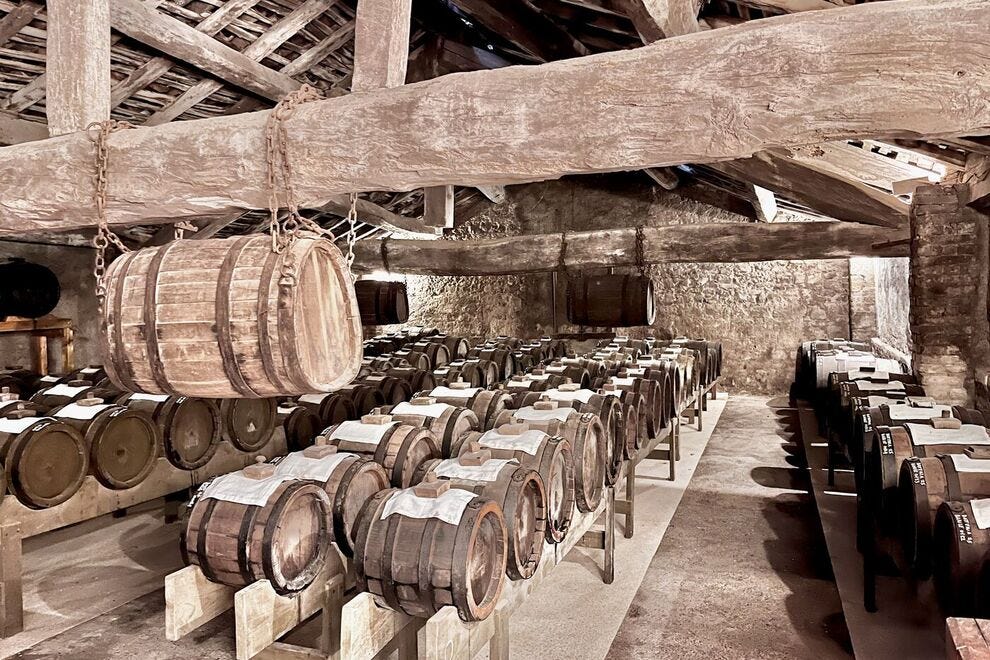 Modena and Reggio Emilia are home to one of the world’s most esteemed vinegars – Aceto Balsamico Tradizionale, or traditional balsamic vinegar. In the hills of Reggio Emilia, Tenuta Venturini Baldini has been making this ‘black gold’ for more than 1,000 years. Here, 400-year-old barrels age cooked Lambrusco or Malvasia grape must – a combination of juice, skins, seeds and stems – for 12 to 150 years. 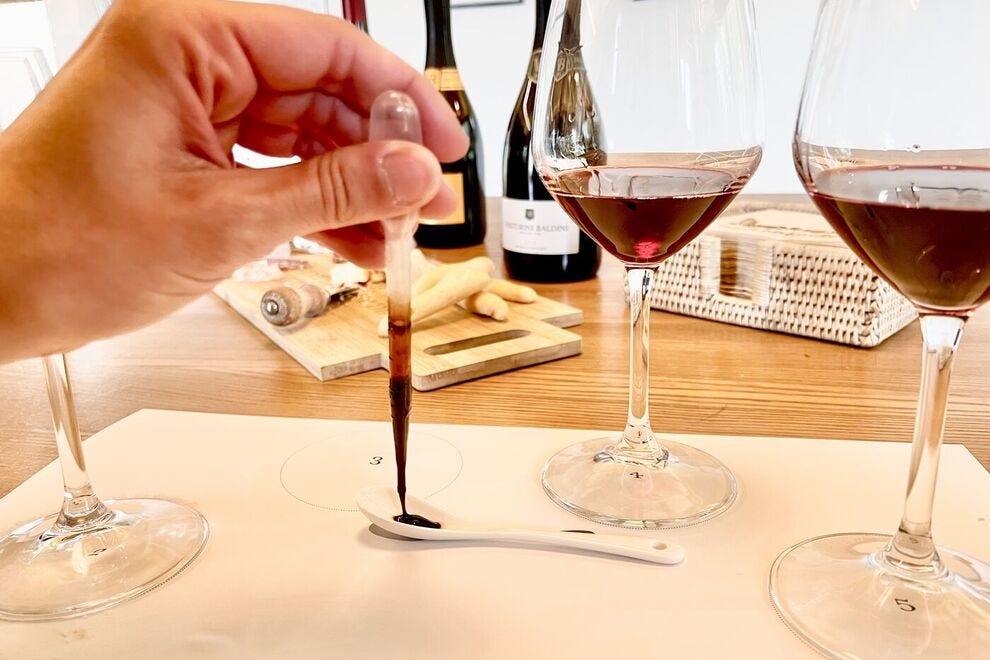 A tasting at Tenuta Venturini Baldini, a historic, family-owned wine and balsamic producer, includes sips of the estate’s products: traditional balsamic vinegar and wine. Since many of Emilia-Romanga’s signature foods are rich and heavy, its wine tends to be lighter bodied and fizzy or sparkling (called frizzante). Wines of the region include lambrusco, albana, pignoletto and sangiovese. 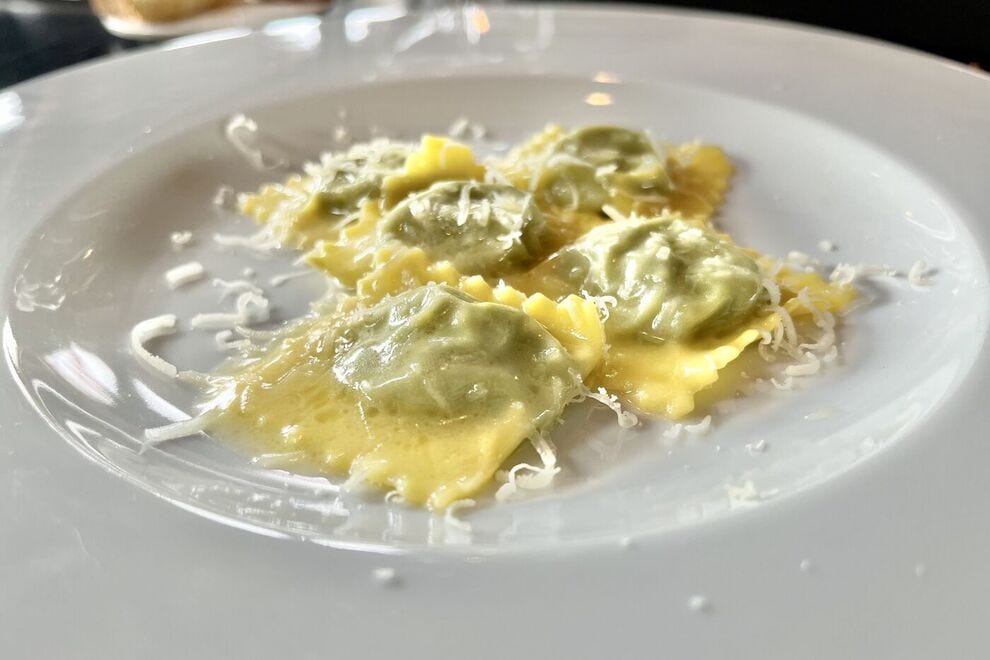 Ca’ Matilde, a Michelin-starred restaurant run by a husband-and-wife team, offers tasting menus based on tradition and seasonality. Here, a particularly delicate version of the region’s classic ricotta-and-spinach-filled pasta, tortelli, is made using ingredients from the restaurant’s attached garden. 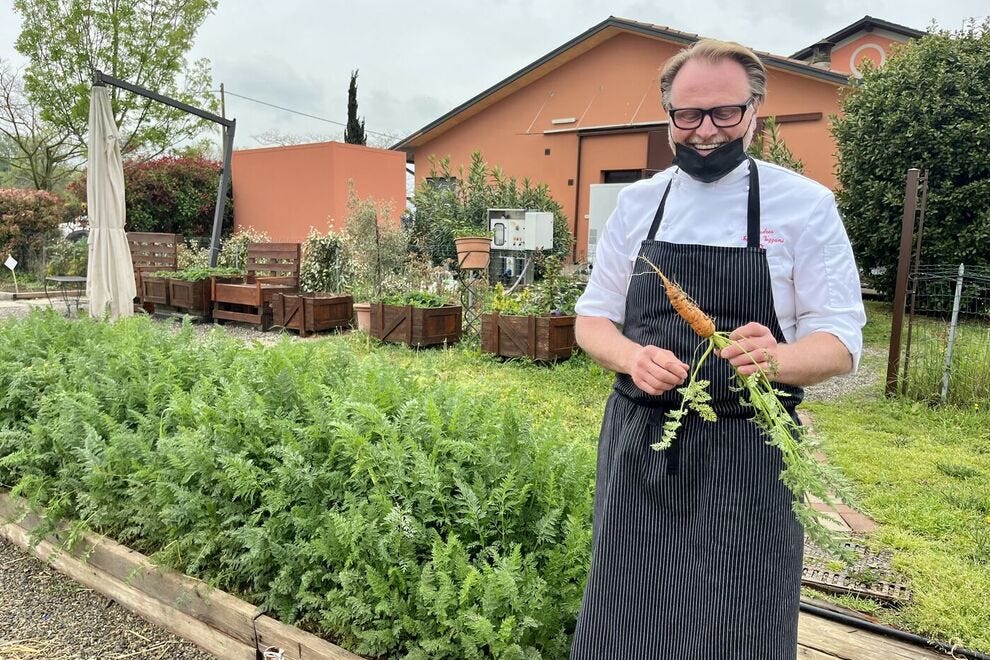 Chef Andrea Incerti Vezzani shows off his garden at Ca’ Matilde in Reggio Emilia, a rural and verdant part of the region. Nearly every vegetable used in Vezzani’s kitchen comes from his on-site garden. 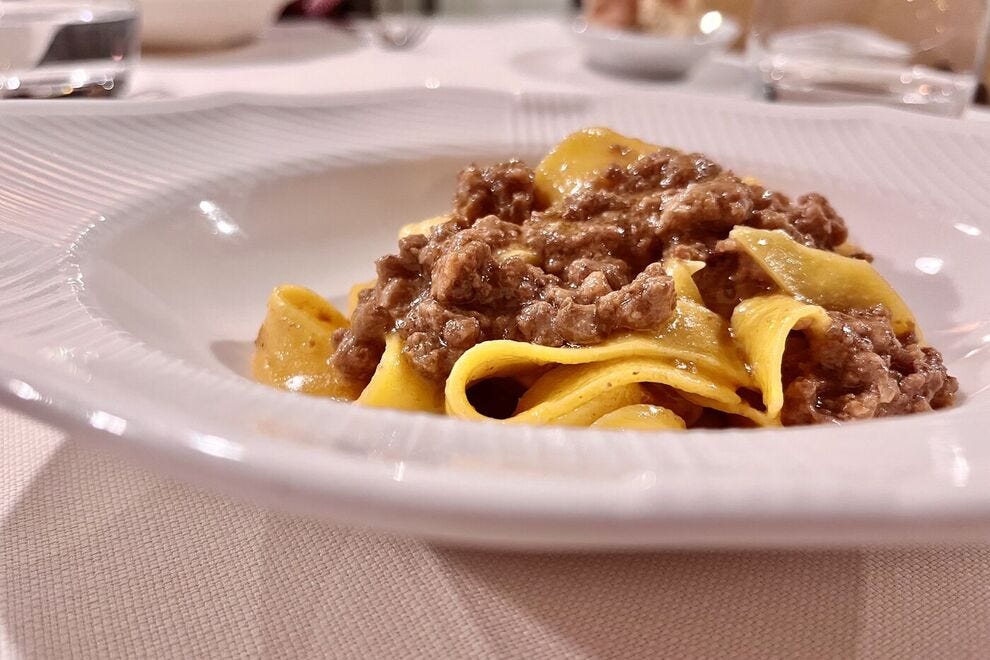 Another iconic dish from this region is ragù Bolognese, the slow-cooked meat sauce that originated in Bologna. Trattoria Pomposa in Modena serves it with tagliatelle pasta, alongside many other classic dishes that chef Luca Marchini grew up cooking and eating with his family in the region. 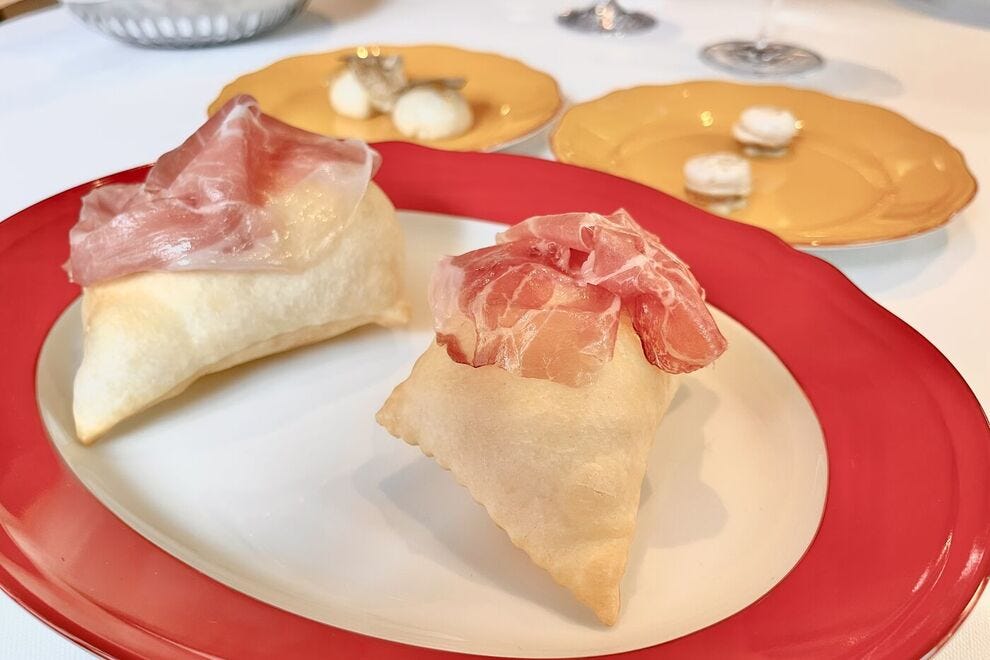 At the Ferrari Museum in Maranello, Massimo Bottura – owner of Osteria Francescana and one of the world’s most celebrated chefs – recently took the reins at the elegant on-site restaurant, Cavallino. He re-envisions his region’s favorite foods, such as this gnocco fritto – fried bread – with culatello ham, a local delicacy.

Enzo Ferrari launched his sports car empire here in 1947, a move that led to it becoming what locals call “Motor Valley.” The area is also the birthplace of Maserati, Lamborghini and Pagani. Those with a need for speed can take a test drive of a Ferrari at the nearby Push Start location or Autodromo di Modena. 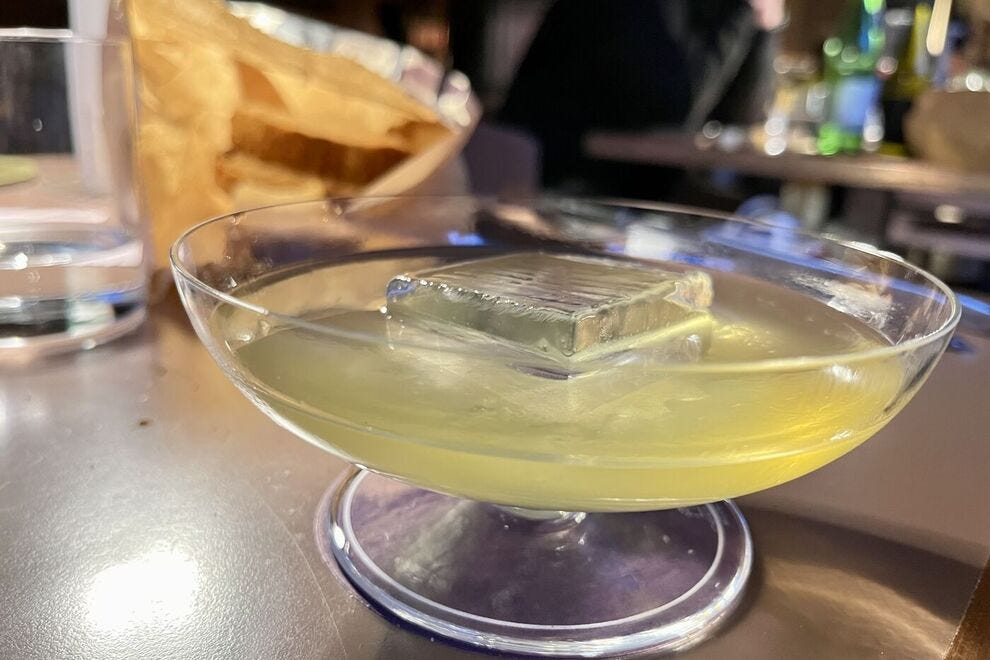 Bologna is the capital and largest city in Emilia-Romagna. As the home of tortellini pasta, ragù Bolognese and mortadella sausage, it’s often referred to as La Grassa or The Fat. At Oltre in Bologna, a hip, young staff shakes up luxe cocktails, alongside creative plates in a modern space. 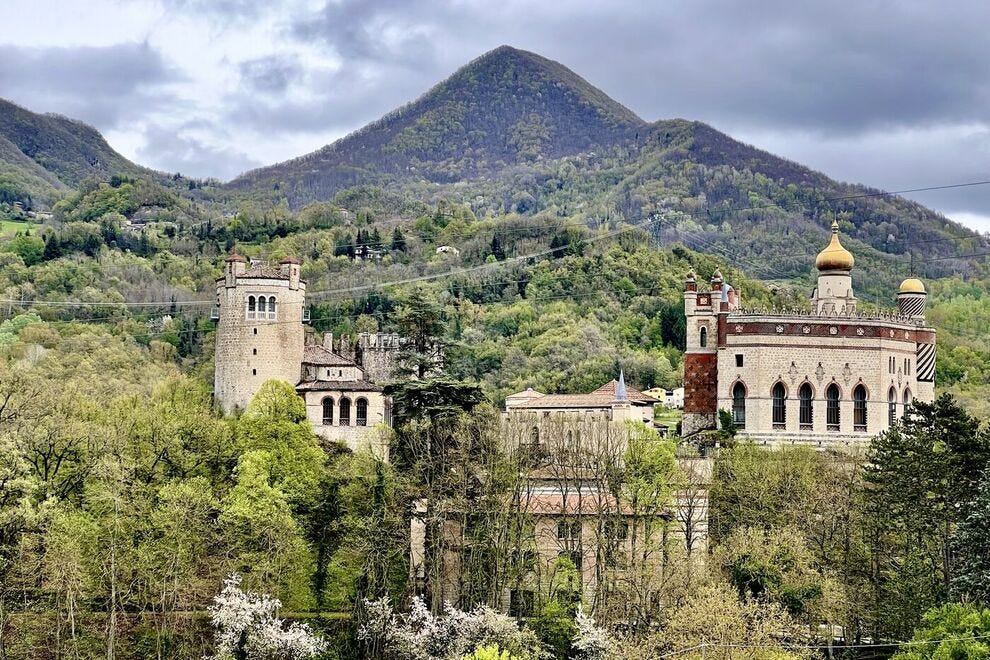 In the hilly mountainside outside of Bologna, Rocchetta Mattei showcases Count Cesare Mattei’s quirky architectural choices in his 1800s-era castle. The striking building splices together Moorish, medieval and Art Nouveau styles to create a one-of-a-kind building wrapped in towers and gilded domes. Photo opportunities abound in the hills surrounding the castle. 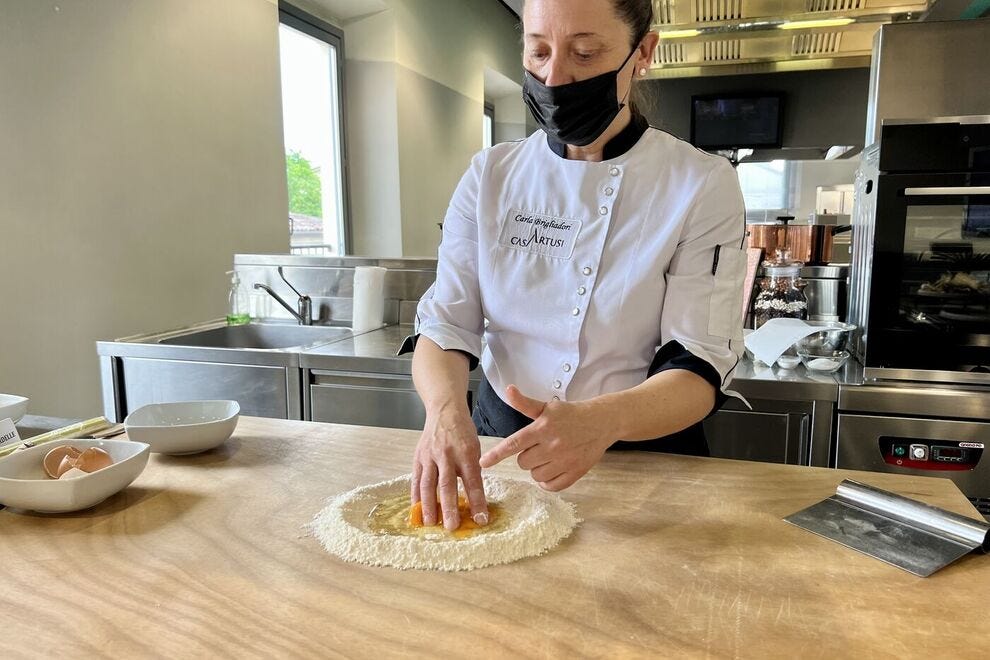 Casa Artusi in Forlimpopoli is a museum, restaurant and cooking school dedicated to Italian home cooking. Its namesake, Pellegrino Artusi, literally wrote the book on Italian cooking (“Science in the Kitchen and the Art of Eating Well”), in which he collected 790 recipes from home cooks throughout Italy. Here, guests can take a hands-on pasta class to learn how to make some of Italy’s favorite pasta shapes. 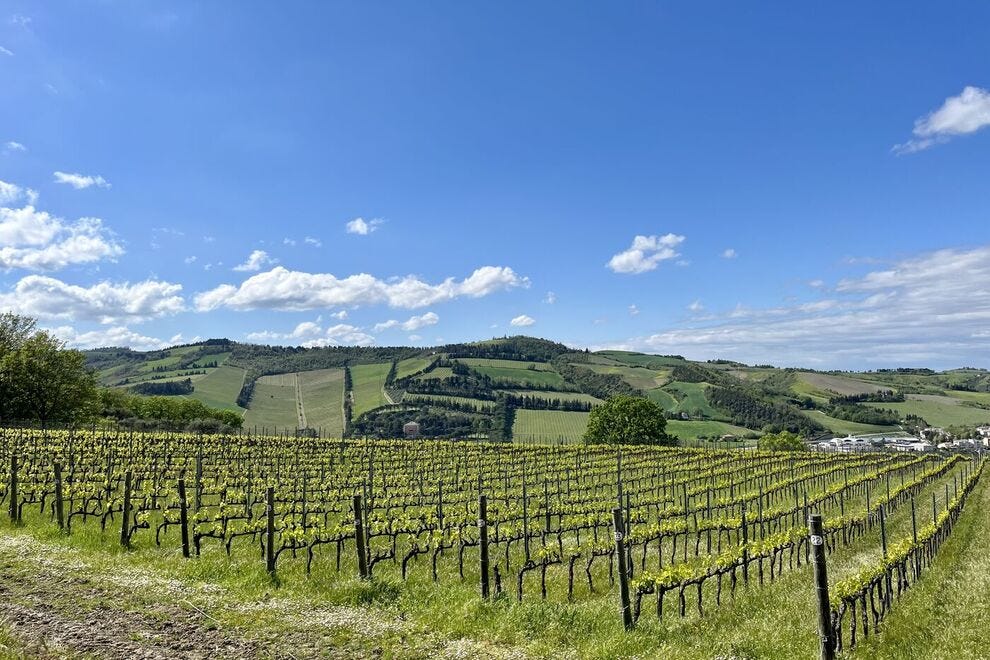 Driving through the Apennine Mountains in Forlì, you’ll go through massive changes in elevation as city life fades into hillsides carpeted in yellow wildflowers set against forest green mountains. Chateaux and humble homes dot the mountain passes in this area. After eating and drinking your way through Emilia-Romagna’s cities, Borgo Condé, a picturesque wine resort with multiple pools and an on-site restaurant, is a welcome change of pace. The property’s sloping vineyards grow local grapes and olives. 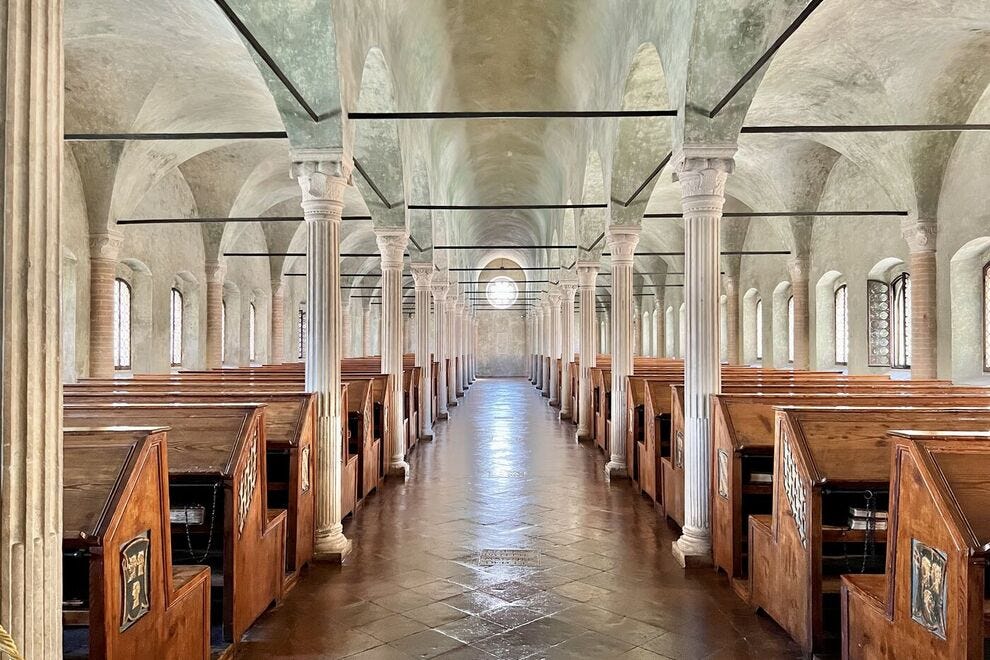 The Malatestiana Library in Cesena is a carefully preserved 15th-century library. The serene space holds original furnishings and illuminated manuscripts – hand-written books painted with gold and silver accents on parchment and bound in leather – chained to wooden pews. The medieval site also features unusual reading material, such as the smallest book in the world that can be read without a magnifying glass. 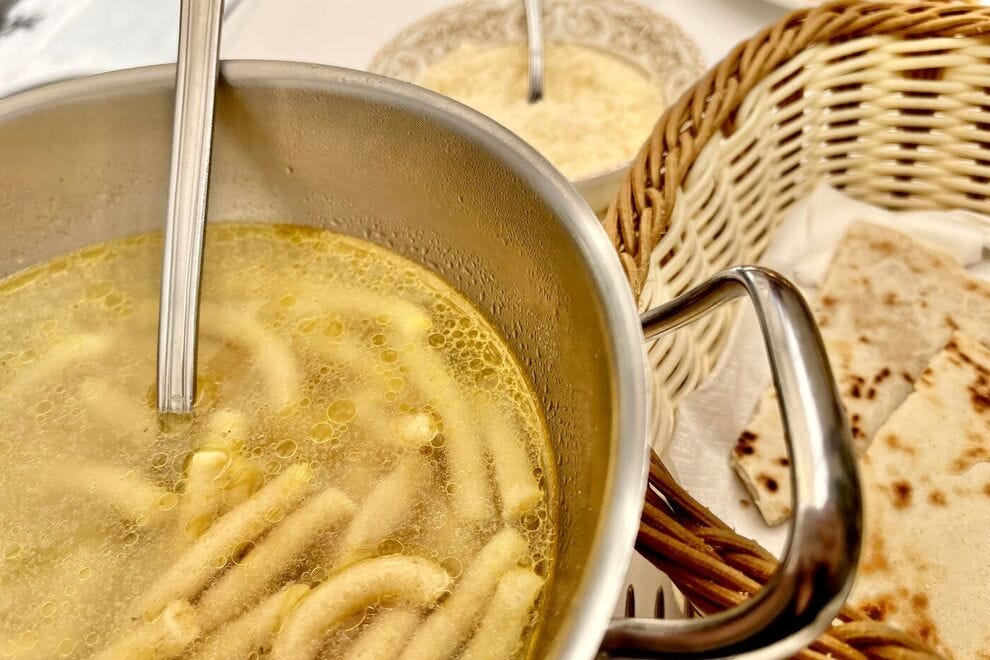 In Santarcangelo, lunch at Trattoria del Passatore offers a locals-only vibe with a bustling staff dropping plates at indoor and outdoor tables. Following in the region’s “in brodo” tradition, this bowl of passatelli in brodo offers a comforting mixture of breadcrumb dumplings in clear broth, alongside piadina, Emila-Romagna’s flatbread. 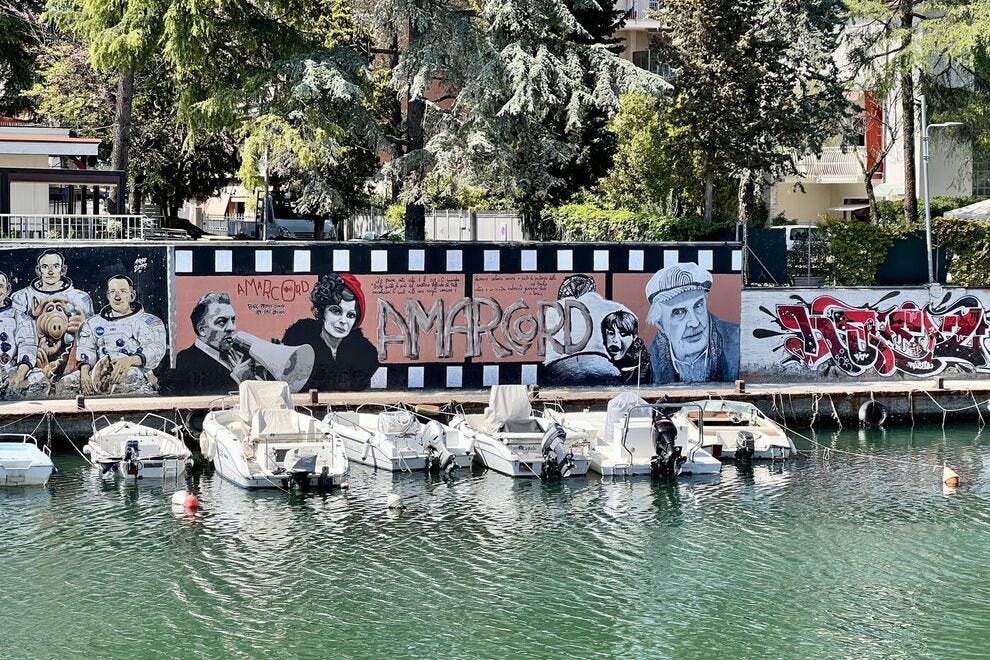 Italian film director and screenwriter Federico Fellini’s fingerprints are everywhere in his hometown of Rimini, a family-friendly beach resort on the Adriatic Sea at the end of the Via Emilia. This mural highlights “Amarcord,” Fellini’s semi-autobiographical account of his youth in Rimini. 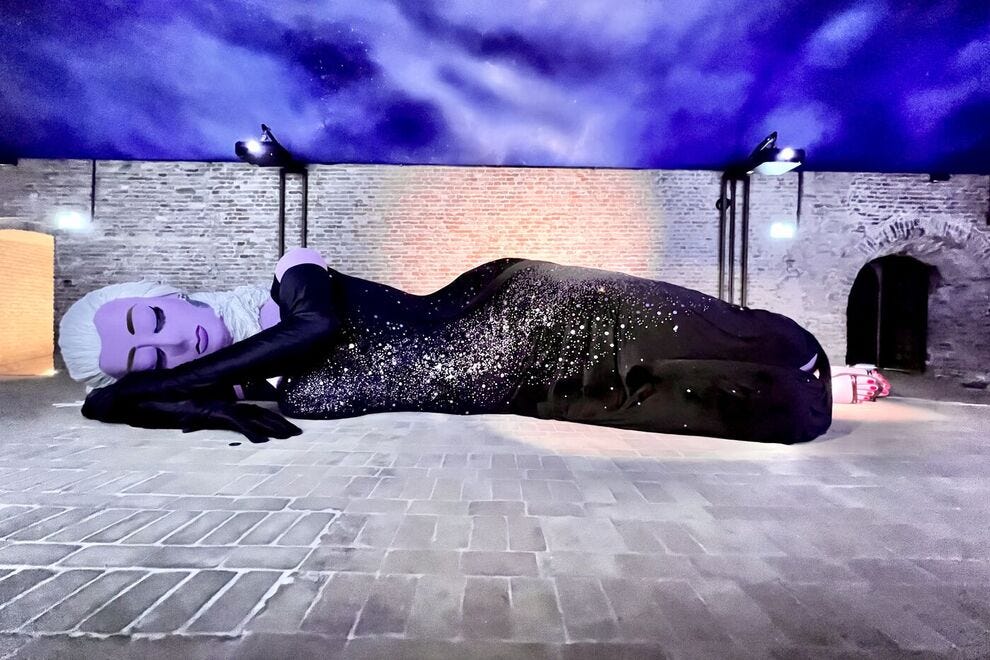 At the Fellini Museum in Rimini, the famous Italian director’s films come to life through interactive, tech-powered and large-scale exhibits. Here, a monumental plush sculpture of Sylvia (played by Anita Ekberg) from Federico Fellini’s most famous film, “La Dolce Vita,” offers museumgoers a place to recline while watching scenes from the movie. 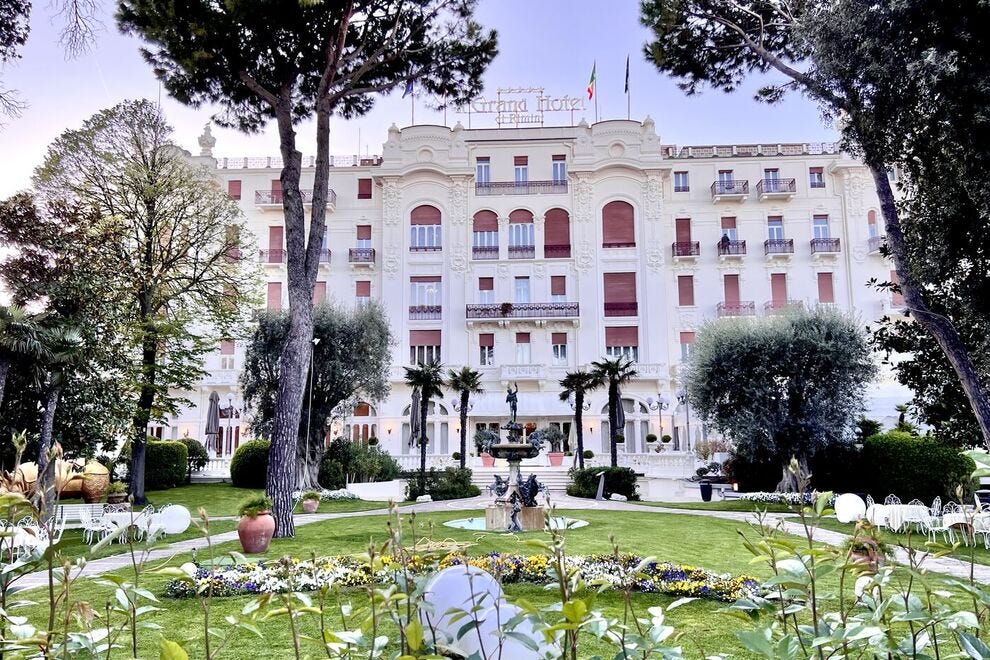 The Grand Hotel in Rimini

The Grand Hotel in Rimini was featured throughout the Federico Fellini film “Amarcord.” The celebrated director often stayed at the upscale property, where guests can still drink and dine on its expansive, see-and-be-seen patio overlooking a manicured garden. 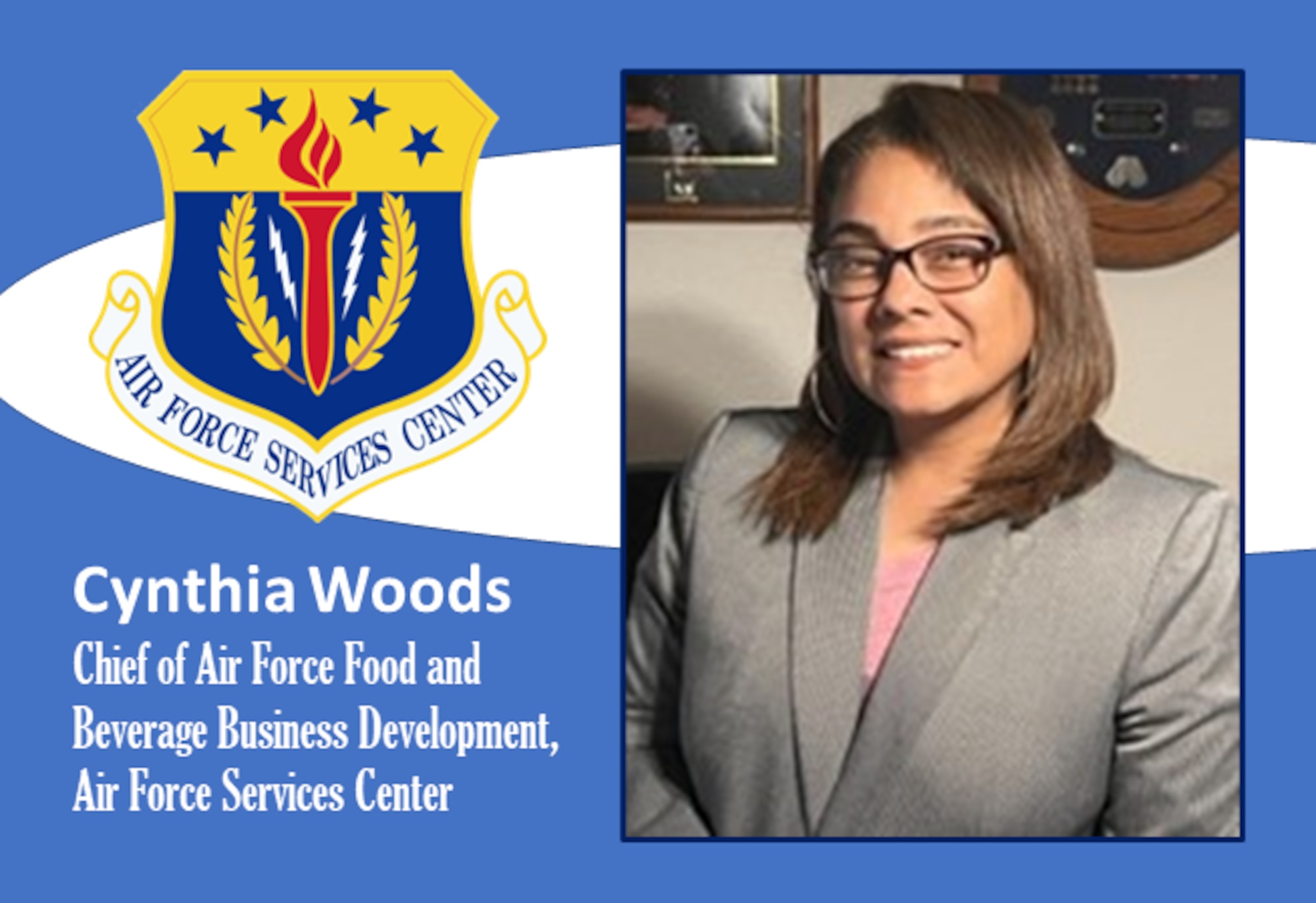 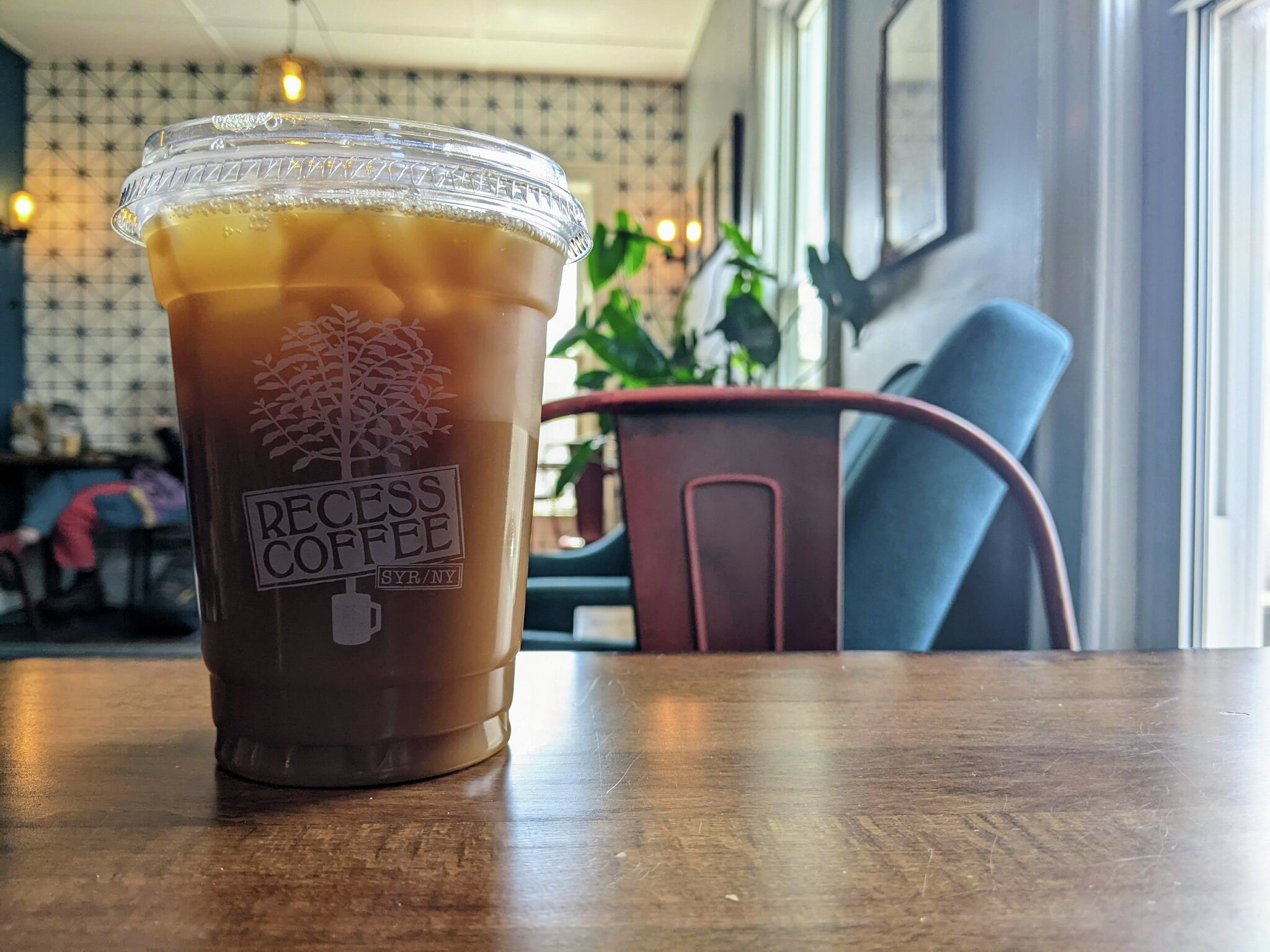