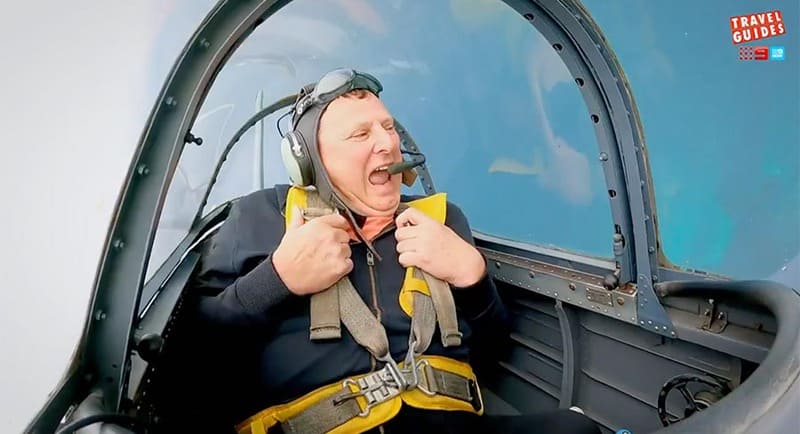 Taking the title in Total TV, Travel Guides flew into Brisbane and lifted 27% for a total audience of 1.108m. Not far behind was ABC’s Gruen Nation, lifting 30% for a total of 1.090m.

On Seven, Home and Away brought in a crowd of 981,000, lifting 21%. The third and final leaders’ debate was hosted by political editor Mark Riley as Scott Morrison and Anthony Albanese went head-to-head, lifting 11% for a total of 858,000. Big Brother rose 52%, just scraping in under The Great Debate with a total of 857,000.

Nine has won the night with a primary share of 20.0% and a network share of 28.1%. Taking the title for the multichannels was 7mate with a 4.2% share.

Coming off the back of Tracy Grimshaw’s viral grilling of Scott Morrison, A Current Affair covered the defacing of political posters in the lead up to Saturday’s federal election for an audience of 603,000. Travel Guides continued their local trips, this time taking 593,000 along Victoria’s Great Ocean Road, making it the highest rating non-news show of the night.

On Seven, Home and Away took 505,000 to Summer Bay. 359,000 tuned in as Big Brother unveiled his Panic Room and a break-up became the talk of the house, ahead of Party Week next week.

The Project (245,000 6:30pm / 400,000 7pm) spoke to ufologist Jeremy Corbell about the US Congress public hearings into sightings of UFOs, before returning to Earth to interview actress Sally Phillips. MasterChef served up a Deliveroo challenge for 499,000, leading into tonight’s elimination challenge. Rounding out the night for 10 was First Dates, which drew a crowd of 288,000.

ABC’s 7.30 kicked off the night by covering the record-breaking heatwaves in India and Pakistan. Gruen Nation aired its last episode before the federal election, and got the “hole in your budget” jingle stuck in 559,000 people’s heads (just as they’d gotten it out of their heads, too). 523,000 watched as The Weekly With Charlie Pickering gave away the Ricky Muir award to Victorian senate candidate, Max Dicks, before Tomorrow Tonight wrapped up the night by asking 368,000 what would happen if they couldn’t lie.

On SBS, the highest rating show was Tony Robinson’s Coast To Coast, which brought in 167,000. VOZ shows that BVOD popularity continues to grow. Across the previous year, weekly reach grew by 18%.
Click for more